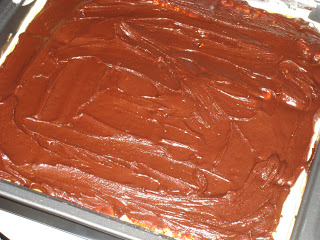 This recipe is from Justin’s mom…and I think she got it from Justin’s Aunt Mary. It’s called Pudding Dessert on the recipe card. But I think of it as chocolate eclair dessert. I don’t like this kind of dessert (I don’t like pudding or cool whip), so I make it when we’re having guests (Justin’s parents will be here today). Justin loves it but can’t eat a whole pan by himself. I let him have some last night…taste test 🙂 I only made a half batch since there will only be 3 people eating it. I like the top layer with graham crackers and chocolate 🙂 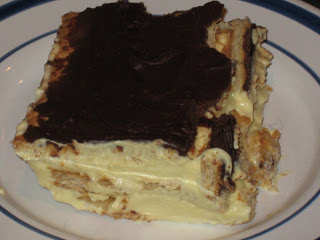