There are so many Americans that go hungry every day. Logic says we must have a food shortage. But do we really have a food supply issue? Maybe not. 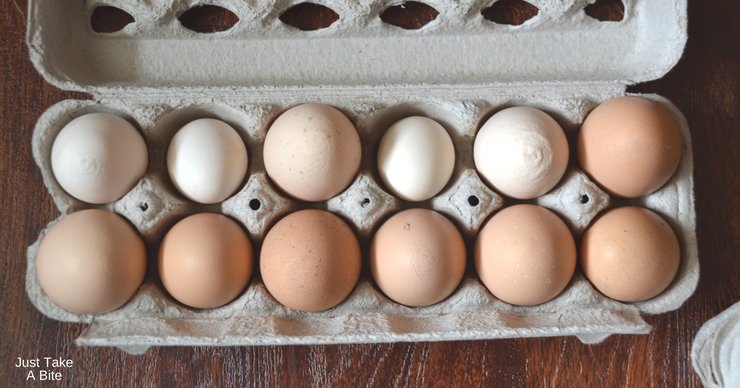 It seems in our country the solution to hunger is to plant more corn and soy. Spoiler alert…it’s NOT the correct answer. Unless your goal at the same time is a continued decline in health and well-being and in increase in the need for pharmaceuticals. Not to mention the elimination of small farms.

By now you know that is the opposite of my mission. I want to do all I can to support local farmers, encourage everyone to eat real food and to really make a difference in the health of the generations to come.

Guess what? There is a lot more that could be done to achieve this goal. And it doesn’t involve more fields of GMO corn.

Where are the Eggs Going?

I am blessed to have a good friend that shares my passion. And who also isn’t afraid to speak up when she sees a way to make a change. Trisha is kindly sharing a letter she wrote to small grocery store concerning food waste. I hope it helps open your eyes to the real problem of hunger. It’s not that we have a foods supply issue. It’s a food waste issue.

“Dear local grocery store,
468.
Four hundred and sixty eight.
Try to remember that number while you read this letter.
The last weekend of January, I stopped at a local grocery store in Valparaiso, Indiana (Strack and Van Til #8750). I was in town visiting family, and between the two families, there are 5 children. During our stay we ran out of eggs so I decided to stop at the grocery store to purchase some, due to the fact that it was only a couple minutes from where we were staying. As I approached the egg section, I noticed there was an employee taking eggs off the shelf and placing them into boxes. I asked what he was doing with the eggs, and the employee told me that they were being removed because their sell by date was that day, or the day before. In total there were 39 dozen eggs, 16 of which had that day’s date on them. Now where I’m from our grocery stores will markdown items that have reached their sell by date, on that date. I expressed interest to the employee that I would purchase all of them with today’s date on them, after he marked them down. He told me that they were not allowed to mark them down because they had that day’s date on them. I asked if I was able to talk with the store manager, and as I asked, the store manager came around the corner. I stopped him and explained the situation as stated above. He told me that the store policy is that if the item has today’s date on it, and it hasn’t sold, that you can’t mark it down because it is then “past” the sell by date.

What would happen to the eggs then?

They’d donate them……. right?
Wrong. They would all be thrown away. 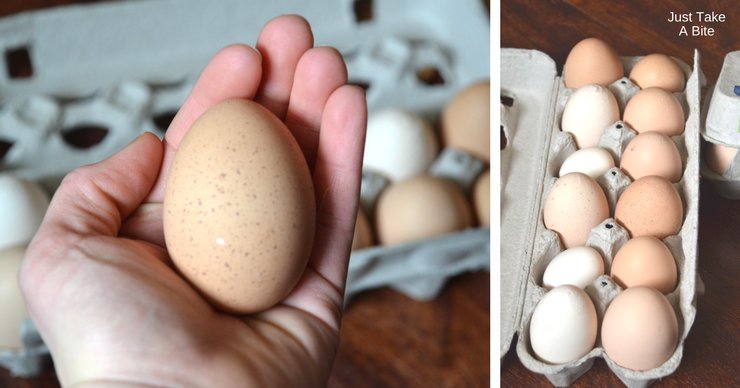 I questioned why they don’t donate them to a local food pantry. He said because the store didn’t want to be sued or held liable if anyone got sick from eating them. I wondered, as a store manager, and a local business, how does throwing away perfectly fine products not bother him. After being in the industry for over 20 years, he said he is, and I quote, “immune to it”.
How sad is that?! I can’t even begin to imagine how much food he has seen thrown away in the last 20+ years. In any other business, if an employee saw perfectly good product being thrown away, they would be congratulated for bringing it to someone’s attention. But somehow in the food industry, across the board, it’s “ok” and “acceptable”. I’m sure most people would be shocked to know how much perfectly good food really gets thrown away. But it happens behind closed doors, so no one talks about it. As a mother and a human being, that makes me sad. As someone who grew up in a family of 6 who relied on food pantries to feed us, it is maddening.
Remember the number 468? On that day, at that store, they threw away 468 eggs. That could have been a breakfast for 468 adults and children in that community. (There are 950,720 food insecure people in Indiana.) I realize too, that those eggs were only the tip of the food waste iceberg. What about the produce department? Bakery? Dairy? Meat? This was ONE item, at ONE store, in ONE city, on ONE day.
To put that into prospective, In 2016, there were 38,441 supermarkets in the United States, and the average number of items (SKU’s) carried at one store….38,911. How many of those 38,911 items are thrown away every day?
Makes you sit back and think “There’s got to be a better way.” Well there is; the Bill Emerson Good Samaritan Law. It protects businesses and nonprofits that donate food in good faith, from being held liable if someone got sick. The sad thing about it is that it was signed into law by President Bill Clinton in 1996! 22 years later and we still haven’t made any progress on getting perfectly edible food to the people who need it most. I feel grocery stores, and other businesses alike, are still hiding behind the belief that they can’t donate food because they don’t want to be sued.
So why do they continue to do it? Why doesn’t anyone hold them accountable? Wouldn’t it be easier to donate it then pay the garbage company to haul all that excess “trash” away? When you think of food waste from a grocery store, you just think of the actual food. What about the packaging that item was in? What if the eggs they were throwing away were the ones in the plastic cartons? All that plastic not being recycled. That type of plastic would take around 450 YEARS to decompose. I don’t know about you, but I won’t be around then. The sad thing, that egg carton will be.
This isn’t the part where I start telling you the same statistics that you’ve already heard…. “40% of food produced is thrown away”, “41 MILLION Americans struggle with food insecurity and 1 in 6 of those are children”, so on and so on. I do, however, want to share some other statics with you. 3/10 of a mile from this store’s location is Thomas Jefferson Elementary School. A school where 57% of the students that attend there receive reduced or free lunches. Over half the school?! When these students are not at school are they eating? Do they know where their next meal is going to come from? Maybe their family relies on a food pantry. Wondering if there’s one close by? It just so happens Hilltop Food Pantry is 2.4 miles from this same location. Their website states “accepts perishable and non-perishable food items.” I don’t think that any grocery store would be hard pressed to find an employee at any of their locations who would be more then happy to drop off items at a food pantry versus throwing it in a dumpster. Maybe this pantry would be over the moon excited to work out something with your company, to get the unsold food to their pantry. Want a pantry that picks up? Feeding America website states that they have free pick up from any location in the United States. Doesn’t get any easier then that!
I could keep going, but I’m not sure I want to, especially if this falls on deaf ears. Since having 3 children of my own, I’ve tried to instill in them, how to always do the right thing. Like standing up for what you believe, and that they can be the good they want to see in the world. I will add that I enjoyed shopping at your store. It was clean, well laid out, and the employees I encountered were nice and genuinely seemed like great people.
Upon exiting the store, I noticed some signs you have on the wall with your company’s Values, Principles, Vision, and Mission statements. I made sure to read them before I left and there were a couple sentences that stood out to me. Part of your Principles states, “We are dedicated to the supporting organization and events that enhance the quality of life in the communities we serve by being good partners, neighbors and friends.” And part of your Values states, “We love what we do and will continue to look for new and exciting ways to better serve our customers and communities.” If these two sentences are true, I want to challenge you:

Be a leader, not a follower!

Be the difference that could change your community forever. I’ve seen on your website that you have, so to say, “put your money (and customer’s money) where your mouth is” by donating money to local organizations. But I’d love to see a change at your store, and every other grocery store. Start putting your unsold food into the mouths of the hungry in your neighborhoods. Who knows, by donating this food you could be helping one of your employees? A friend? Or maybe someone in your family?

‘Unless someone like you, cares a whole awful lot, nothing is going to get better. It’s not.’ 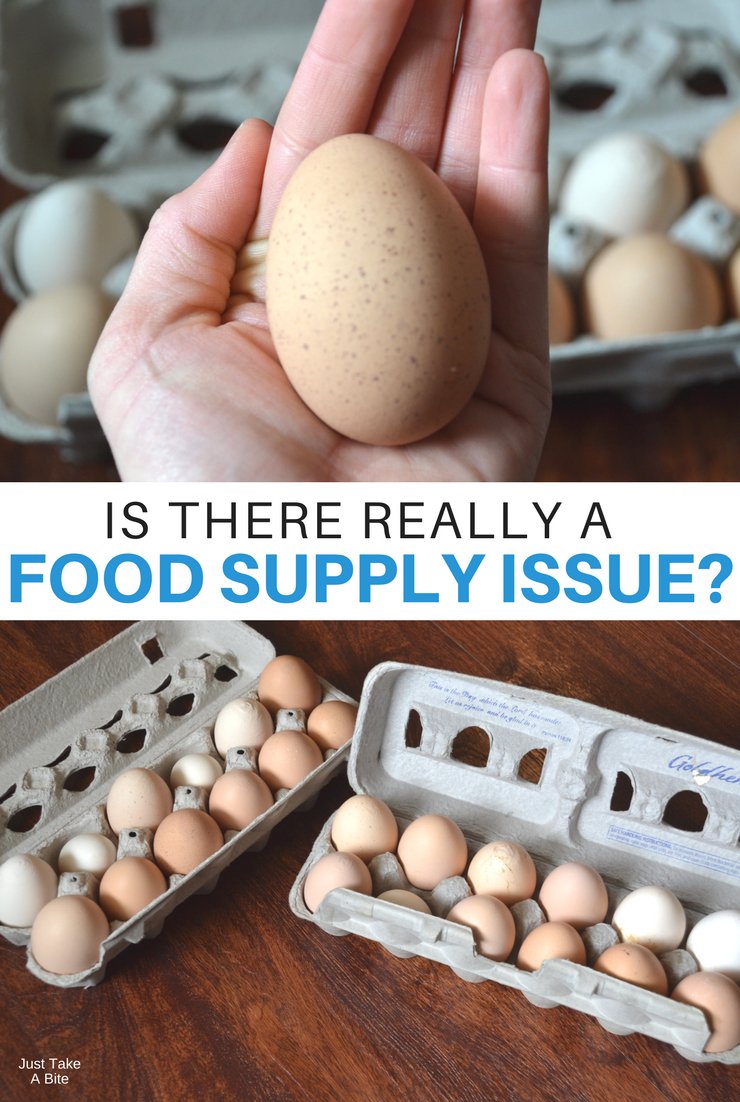 Let’s stop pretending this doesn’t happen every single day. Talk to your local grocery store. Find out what they are doing to support the community or if there is a way you can help facilitate change. Get the food where it needs to go – in the hands and mouths of the hungry. Find a local food pantry and volunteer.
As a family that works hard to grow our own food and share with others it breaks my heart to think of someone just throwing it away. There is no reason for that.
I truly believe we don’t have a food supply issue in America. I do believe we have a food waste issue. And it needs to change!