Food reactions are common and sometimes hard to pinpoint. Allergy testing can be helpful. But what happens if you get a negative allergy test? Does it put you in the clear?

Allergy tests are great for pinpointing food reactions. All three of my kids have had multiple rounds of testing done.

Sometimes the test confirms a suspicion I have about a trigger food. Sometimes it helps me figure out a random allergy that I never would have guessed.

But allergy tests are not 100% accurate. An IgE skin prick allergy test only checks for a reaction to the protein in the food. You could have a strong reaction to the sugar in a food (lactose intolerance is a great example) and test negative for an allergy.

An IgE blood test is even less accurate. It checks for antibodies in the blood to a specific food. It can help confirm a diagnosis after a skin prick test is positive. But it is not a very good diagnostic alone.

IgG blood tests are a bit controversial. Some say they are great for detecting food “sensitivities”…actually called latent allergies. Others say this test can give different results every time. You could draw blood three times in the same day and get varying results.

I have done an IgG blood test for myself before. I had mixed feelings about its accuracy. So I’ve never done it for my kids.

All this to say that allergy tests absolutely have their place. And they are quite helpful for diagnosing allergies that range anywhere from mild to severe and life-threatening.

But just because an allergy test is negative does not mean you can throw caution to the wind and eat whatever you want.

My son has been dealing with various degrees of allergies for many years. It started from birth with some reflux. Then at age two he developed bad eczema on his legs. Thus started our journey with allergy testing and food elimination.

Every time he is tested a slew of foods shows up. We cut them out, work on healing for a while and retest.

But every time this has happened things have gotten a little more challenging. For example, rice showed up on his first allergy test. We cut it out. Six months later when he was retested the rice allergy was gone. Yet three years later he still can not eat rice without noticeable reactions.

In spite of some foods still causing problems we were making progress narrowing his list of reactive foods. Then in early 2016 after the onset of stomach aches and an inability to eat much he was retested.

To our shock he had a back full of welts. We were given a prescription for an epi-pen. And he was diagnosed with potentially anaphylactic allergies to nuts, dairy and a few other foods.

Wait, what happened over the last year that made his allergies go from mild and healing to life threatening??

Even though we didn’t have an answer to that question we moved forward, removing the necessary foods, always carrying an epi-pen, doing our best to keep him safe. 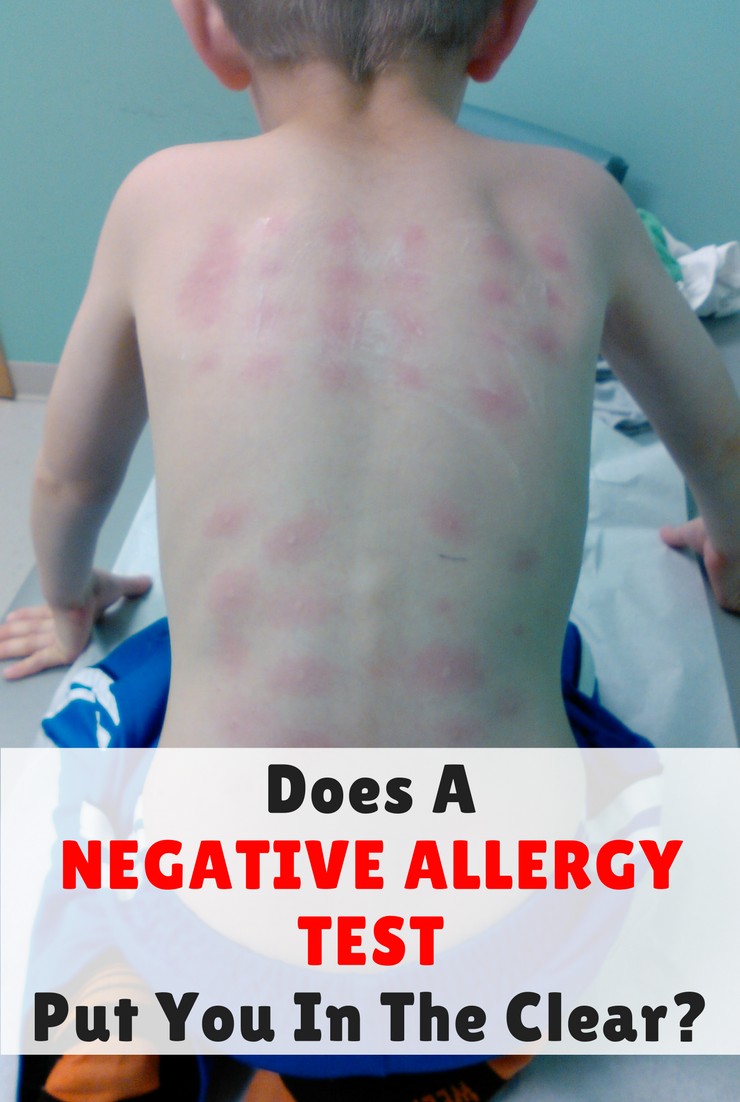 He had some reprieve for a bit. We were so happy to see him get an appetite back and really start growing.

But before too long he started having a lot of stomach aches again. Gradually they started to become more frequent. They prevented him from sleeping. They stopped him from eating well.

It was back to the drawing board. We started by going to the pediatrician. We did a CBC and metabolic panel. We did urine and stool tests. All normal.

So it was back to the allergist for another round of testing, fearing another laundry list of foods to avoid.

And we got a huge shock!

Every single skin prick was negative. Not even a tiny bit of reaction. So we did the blood test. Again, all negative. 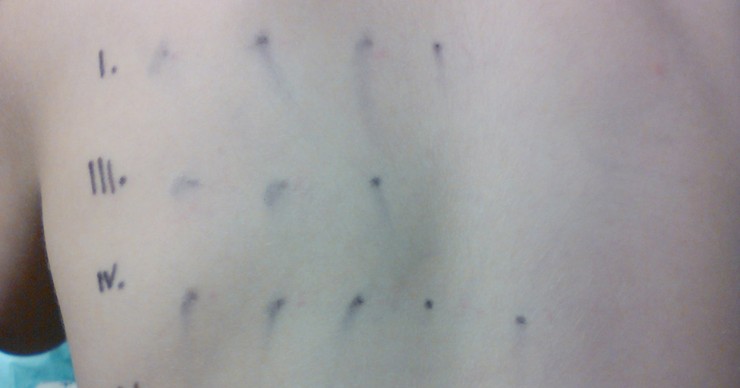 Although it was good news I was more confused than ever! The allergist (a new one) said his old test was likely inaccurate because foods were tested at the same time as airborne/environmental allergies.

Do I just throw out his allergy list and let him eat whatever he wants? Do I trust the tests?

My husband and I both see glaring evidence of food reactions.

Well, I did what I do best. I observed, experimented and researched.

The thing is food reactions are a sign of a deeper issue.

Just because an allergy test is negative does NOT mean you can eat a particular food.

This is something I am very passionate about and believe so many parents could benefit from.

Behavior, digestion, skin, emotions…they are all impacted by the food you eat. Even healthy, nourishing food can create a negative reaction.

Case in point – my whole family (you can read more about it in my book Why Won’t My Child Eat?!).

We gradually let my son try a few foods he’d been avoiding. His stomach aches increased in frequency. His mood declined. He started wetting the bed. He developed bad breath.

Then we let him try some goat’s milk. Wow.

The result was horrific meltdowns, almost as if he was a psychiatric patient. Anything and everything caused him to scream, cry, hit himself and berate himself. It’s a parent’s nightmare.

No amount of comforting him and trying to talk through his feelings helped. If his big sister wouldn’t play with him – meltdown. If I told him I was reading a book his little sister picked out before the book he picked out – meltdown. If he wasn’t crazy about some of the food on his plate – meltdown.

After some charcoal and a few days off of dairy he returned to a more stable state.

Sadly it’s not just dairy that does this to him. There are quite a few foods, all with varying degrees of reactions.

I could also go through our entire family listing foods and reactions. Yet we all test negative for food allergies.

What do you do if allergy tests are negative but food reactions are present?

You get help from others who have been there. You find doctors and practitioners who are willing to dig deeper and find a cure instead of simply avoiding certain foods. 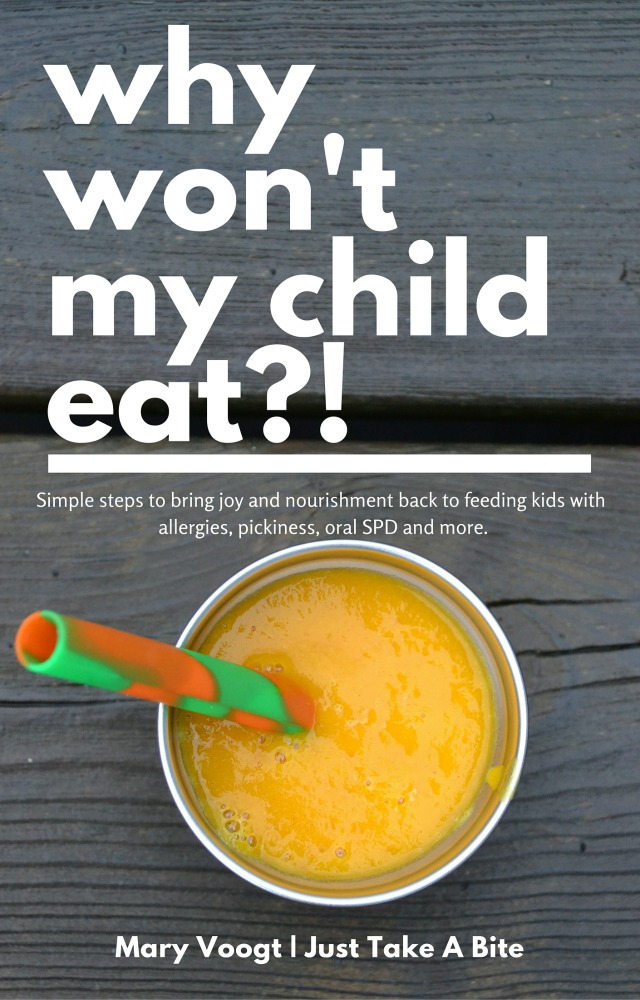 In my book I teach you how to observe your child and not just accept the poor behavior. Find a root cause and fix it. Say goodbye to picky eating and temper tantrums.

If allergy testing isn’t giving you answers, here are some other conditions to consider.

And here are some potential treatments.

You can also treat food reactions from a more neurological and physical perspective. This includes:

I don’t have all of the answers for you. We are still in the trenches with my son’s reactions, trying to find the correct path forward.

I know we will keep digging until we find the problem and the solution. We will restore my son to full health. We will find health for our whole family!

A negative allergy test does not give you free reign on food.

You have to dig a little deeper. It’s more work, but so worth it! In the end you will be able to eat more of the nutritious food your body needs.

Have you or your children been tested for allergies? Was it helpful or confusing?